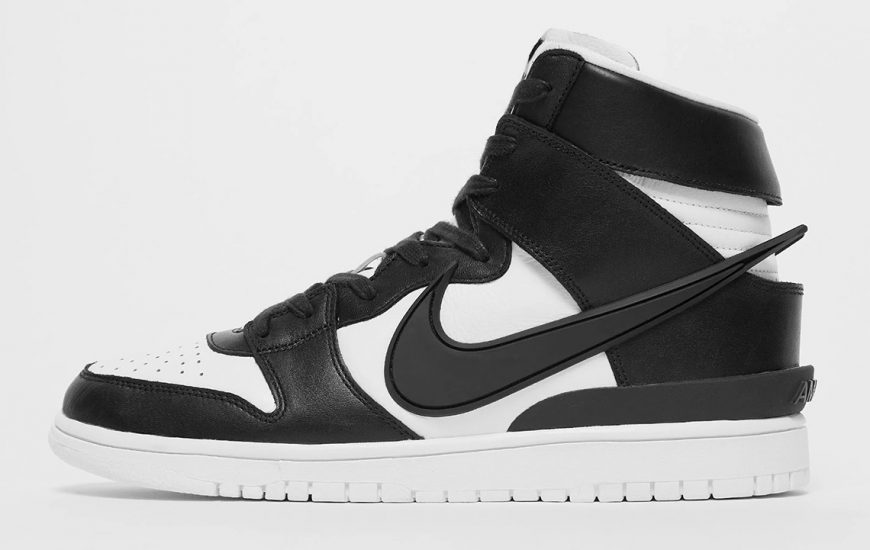 The Tokyo based label Ambush collaborated with Nike on this eyecatching Dunk High. This was seen at the Nike’s New York Fashion Week forum and they stole the show.

Ambush has partnered with Nike on different project like the Air Max 180 Hi. Unlike the pink pair won the fashion show, there is also a black/white colourway which sports polished black leathers over the entirety of the overlays, even the laces and the oversized Swoosh whose extended point references the back pipes prominent throughout Japanese bike culture. Also, the white-coated base further leans on familiarity, bringing the model back to its roots even despite the heightened collar, additional heel stabilizer, and movement-emulating modifications. 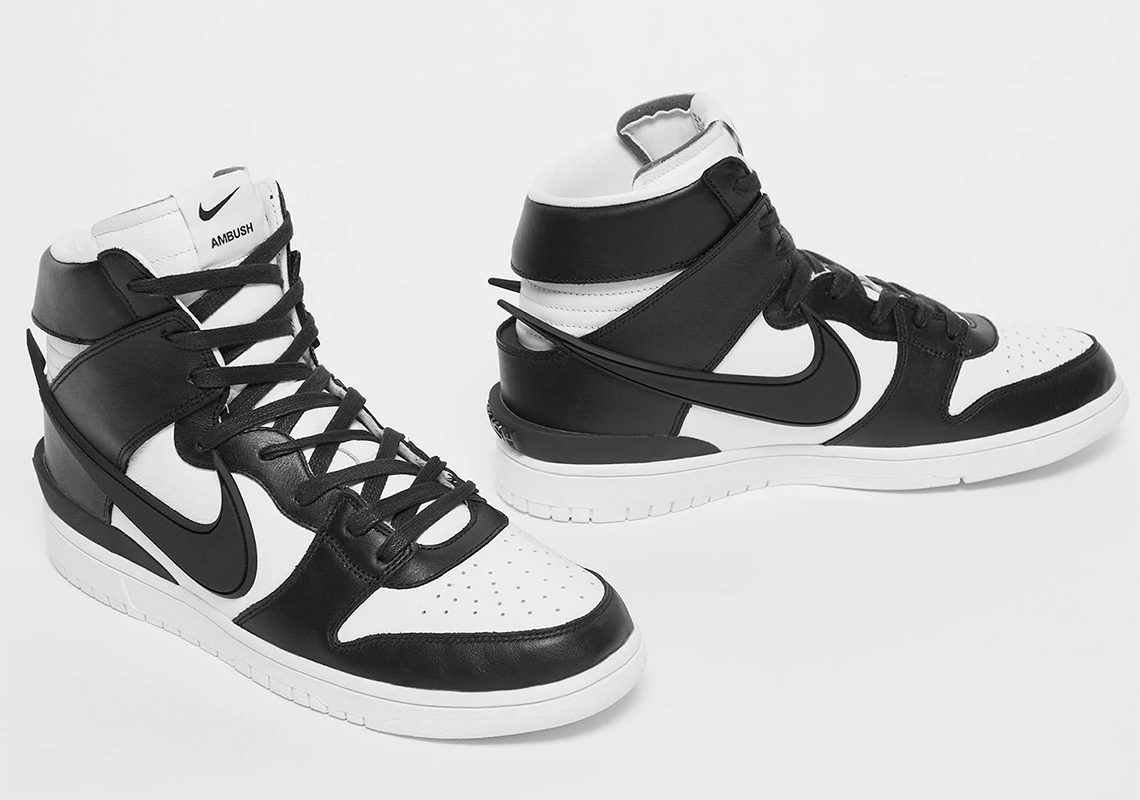 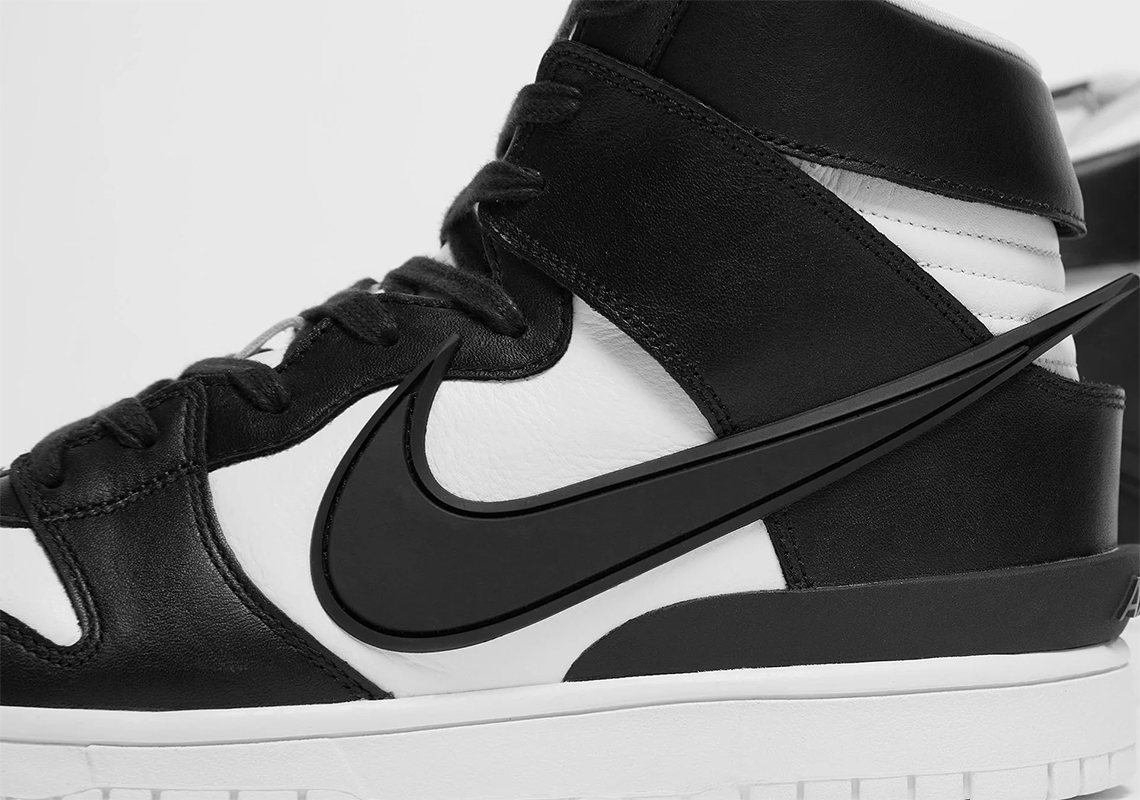 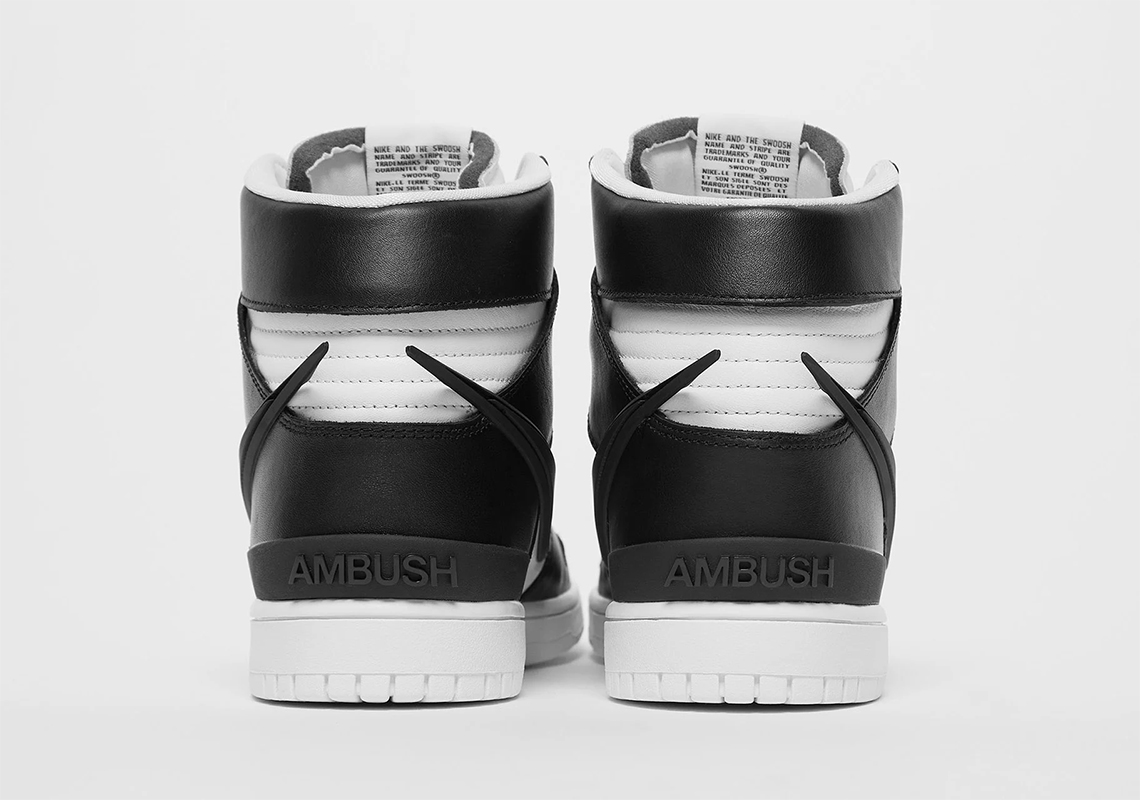 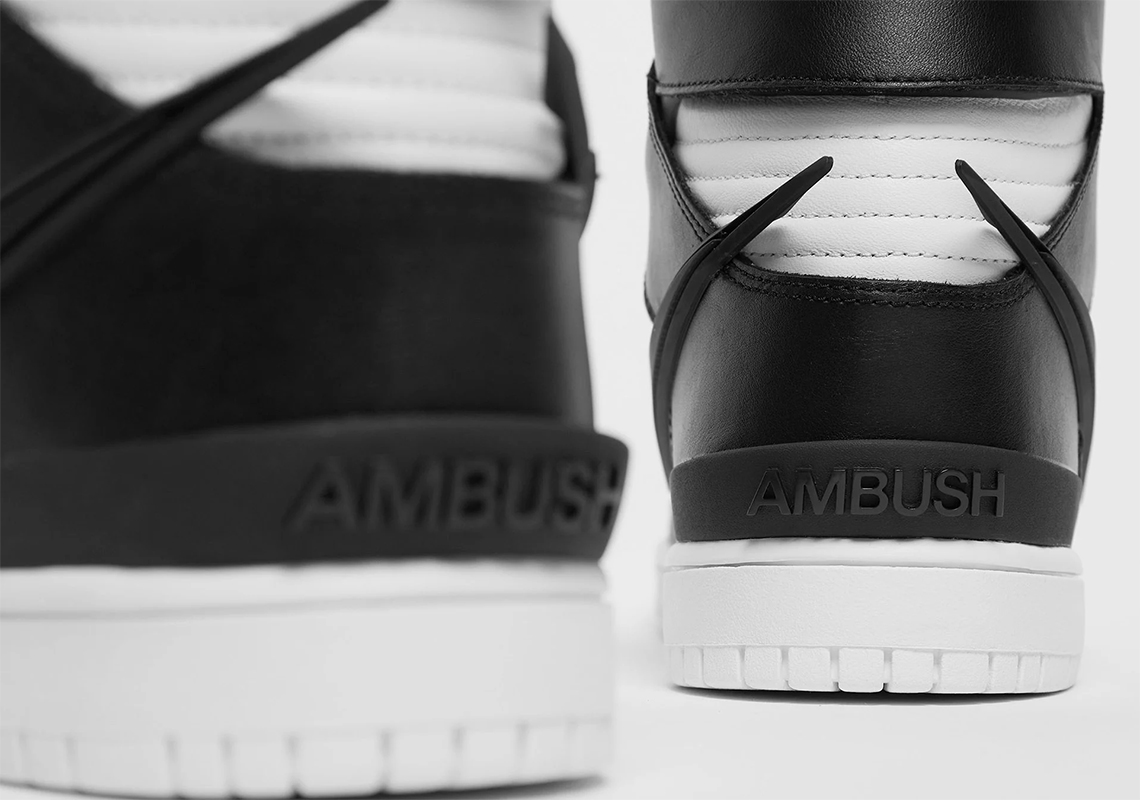 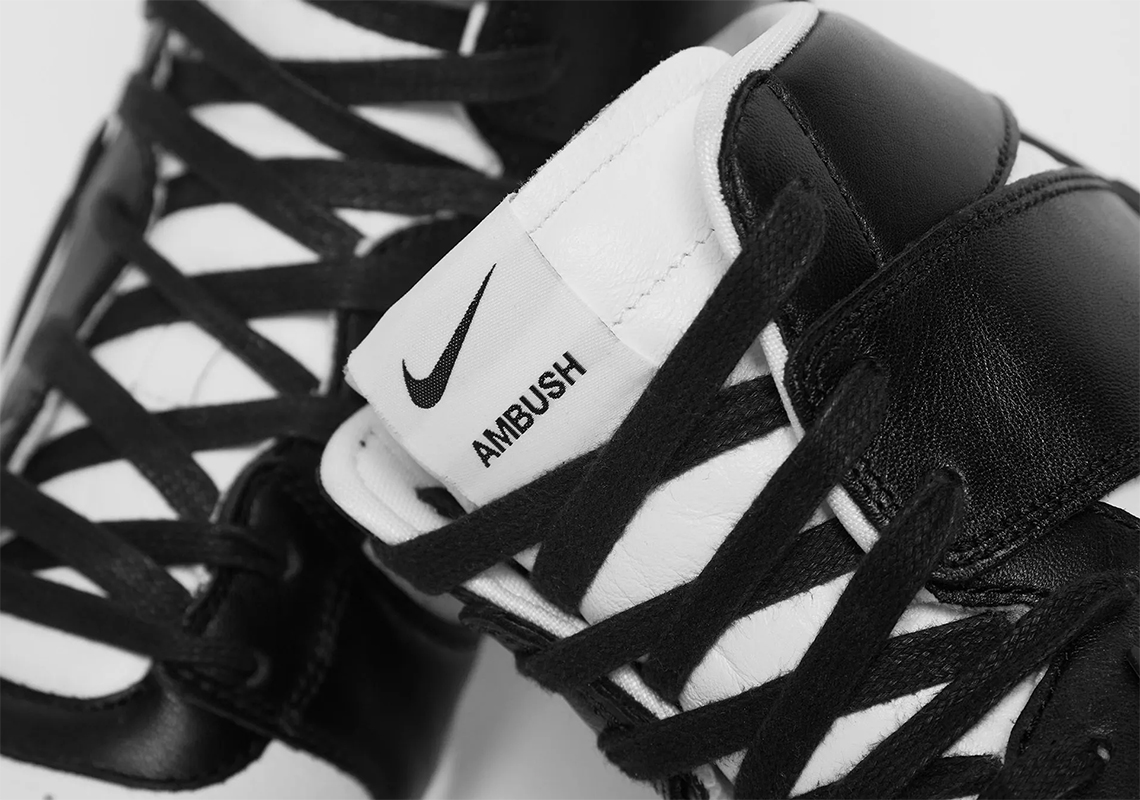