Michael Jordan First Championship Sneaker is Going To Be Auctioned 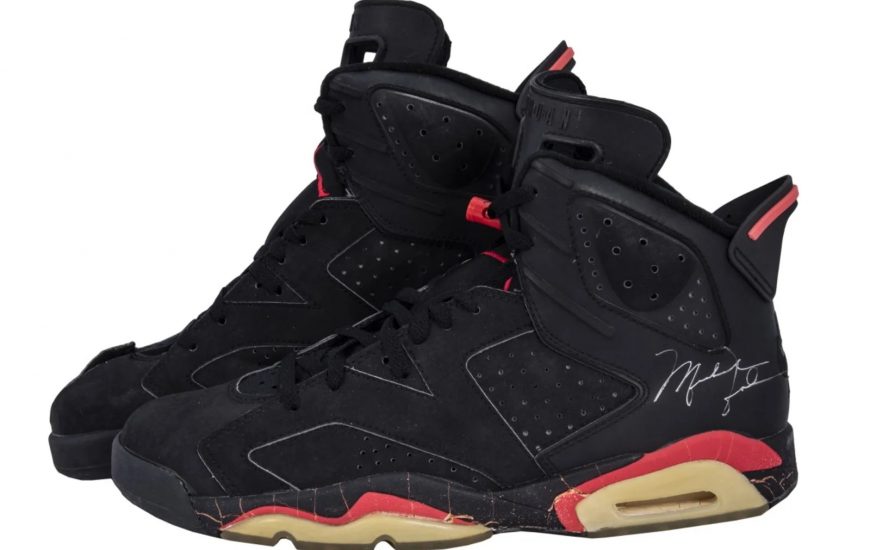 This isn’t the first time Michael Jordan classic sneaker is going to be auctioned and this time it’s one of the most historic shoes he wore during his NBA playing career.  Sotheby’s and Goldin Auctions are in charge of this auction and the pair to be auctioned is a game-worn and signed pair of the original Air Jordan 6 “Infrared” that was worn by MJ during Game 4 of the 1991 NBA Finals, where he would ultimately capture his first championship in.

Despite the wear and tear on the shoe, Sotheby’s and Goldin Auctions are currently estimating the pair will fetch between $500,000 to $750,000 given its historical context. Also, the classic pair of the game-worn and signed Air Jordan 1 High “Chicago” that features a Nike Dunk sole instead of its traditional setup. It’s also worth noting that this is the first time the hybrid shoe has made its way to auction and is estimated to sell for $600 to $800,000.

If you want to place a bid for these classics, you can do that in the  Sotheby’s and Goldin Auctions’ “A Century of Champions” online auction now until Dec. 7.

We wish you luck!