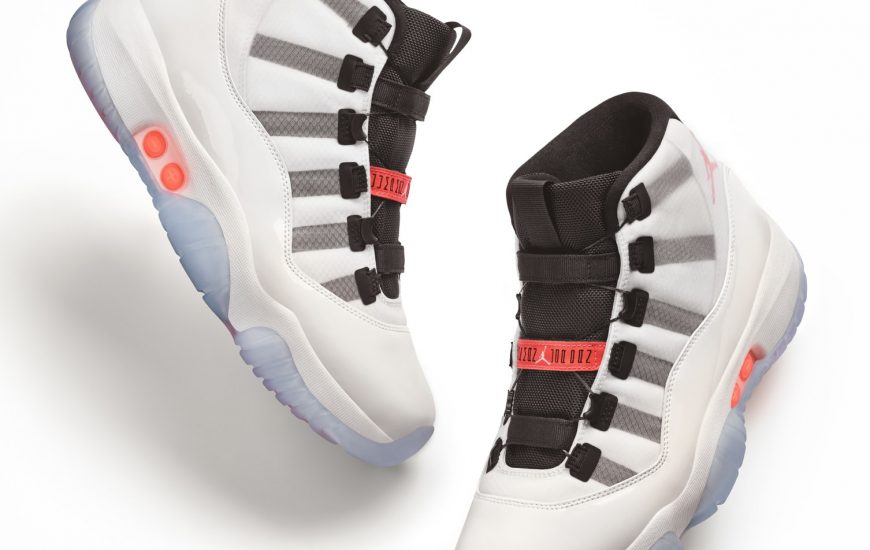 Tech meets sneakers as Jordan brand introduce Self-lacing technology in the Air Jordan 11 Adapt. This innovative pair will be released later this year over the holiday season. The adapt technology is behind this innovation and with other Adapt-laden footwear such as the Adapt BB 2.0 and Adapt Auto Max, the Air Jordan 11 Adapt can be tightened and loosened through App functionality, or with analogue buttons placed at the midfoot of the shoe. The Adapt Jordan 11 comes with the charging pad and plug.

The sneakers upper didn’t change much but consist of few minor modifications where a translucent layer that covers the lace eyelet strips and the statement Jumpman logo on the heel. Also, the classic rope laces were replaced with the thin cords and part of the lock-down mechanism of Adapt technology. Finishing off the look is a translucent icy sole.

We will update this space as we receive more updates regarding this release.

See detailed images of the pair below.