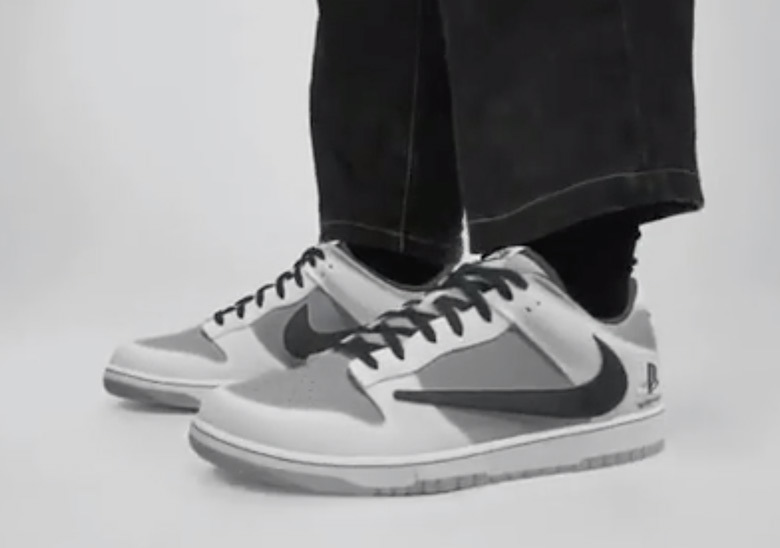 The upcoming Travis Scott x Playstation x Nike Dunk Low collaboration was revealed yesterday in an advert posted by the superstar and Playstation. Travis Scott has partnered who recently partnered with McDonalds to give fans a literal taste of his favorite quarter pounder with bacon meal.

As seen in the short ad clip posted, a similar theme of his signature Air Jordan 1s, the new shoe features Scott’s signature reverse Swoosh—albeit smaller than the one used on the Jordans—on its lateral side which is closely positioned next to the PS logo. Due to the black-and-white nature of the video, it’s hard to say for sure which colors are used on the sneaker.

We will keep you posted as it unfolds.

UPDATE (11/14): Ahead of his “TS5” event, Travis Scott released a closer look at his PlayStation x Nike Dunk collab. As of now, the release date still hasn’t been announced.