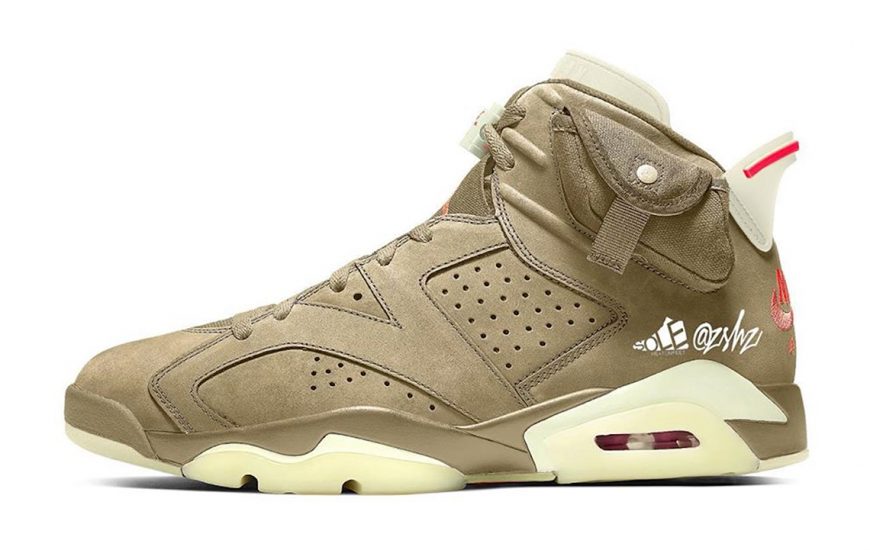 Rumour going around says a new colourway for the Travis Scott x Air Jordan 6 will be released early next year. The pair will effectively follow the template of the original, only adding subtle tweaks to the militaristic colouring. Instead of the deep olive that was once used, it seems as mock-ups would attest that a much lighter, near faded Khaki will take its place. However, Crimson branding is still intact as it dresses the embroideries at the heel as well as the decal spaces above. Pulls, tongues, and even the toggle along with the lace unit also seem to dress just a bit lighter matching that of the tooling’s likely glow-in-the-dark Sail fixtures.

We will post more updates here as it unfolds!