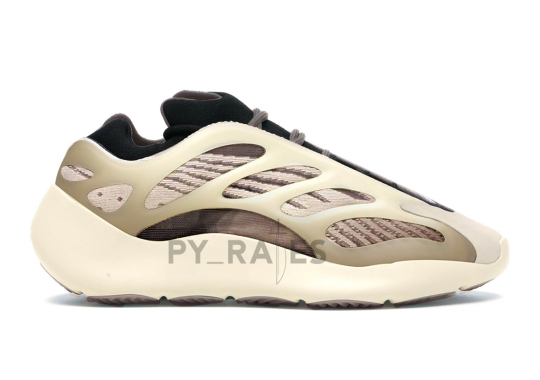 A new colourway for the adidas Yeezy 700 V3 has surfaced dubbed ” Eremiel ” and according to Pyrates, it should be released in December. The pair sport a palette quite muted, as both its underlying Primeknit and overlaid cages, follow the same versatile spectrum. The latter constructions, which wrap atop the heel counter as it does the entire profile, tints with a slightly more saturated variation of bone, a complement to the dark and light browns that make up the weave pattern underneath. Elsewhere, the tooling finishes with a full tan shading while both the tongue and lining contrast in full black.