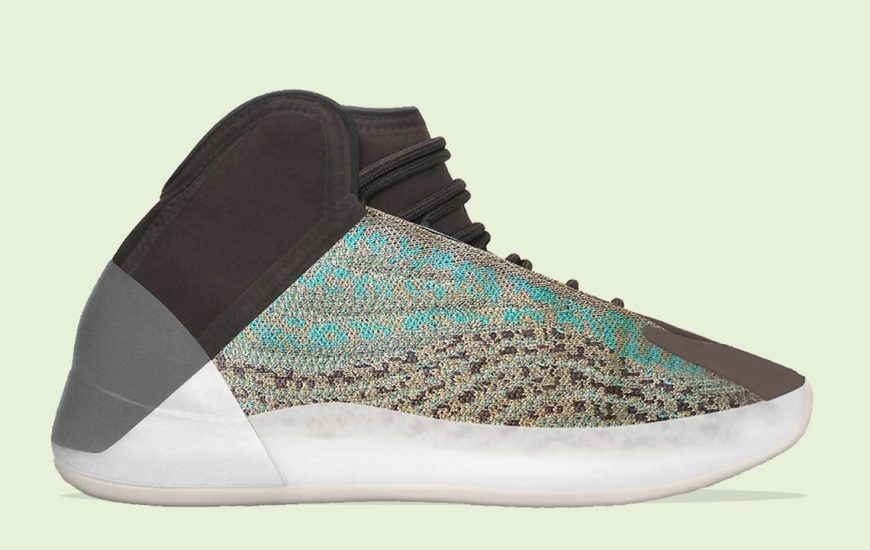 Adidas & Yeezy are about to released a new colourway for QNTM dubbed Ophanim. The pair of sneakers is intended for lifestyle basketball players. The “Barium” colourway dropped sometime in June and it was a massive hit. According to Yeezy Mafia, the colourway will feature a black heel (which is also reflective) and tongue like other Yeezy QNTMs but will introduce a new Primeknit colour scheme in the form of a marled olive with grey and blue accents. Unlike the performance version of the model, this version does not feature the additional TPU caging on the upper.