off-White x Air Jordan is back with another colourway for the 5 dubbed “Sail”. This is coming after they release the black/muslin red colourway earlier this year in February.  The sneakers sport near 1:1. Red “23” stamps and similarly fashioned “Nike Air” logos show a reduced imprint underneath their synthetic shell. Also, the cages and the collar reuse the hole-centric motifs of the designer’s current interest both intended to be cut out by those brave enough. Tongues finish with red Jumpman embroidery and silver metallic, leaving a sense of familiarity in tandem with the black-dyed sole mimics the famed “Fire Red” just tweaked with yellowed treads.

See detailed images released by hanzuing below of the pair below to know what to expect. The release date has not been made known yet but should release later this year. 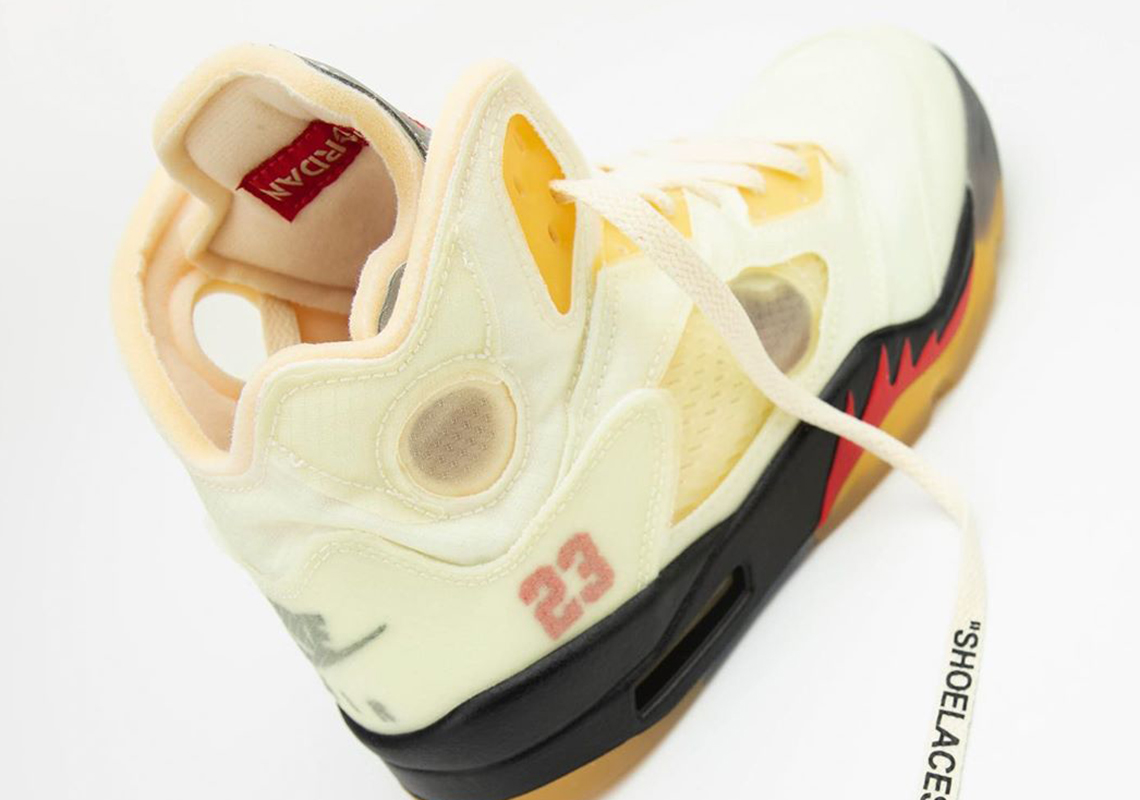 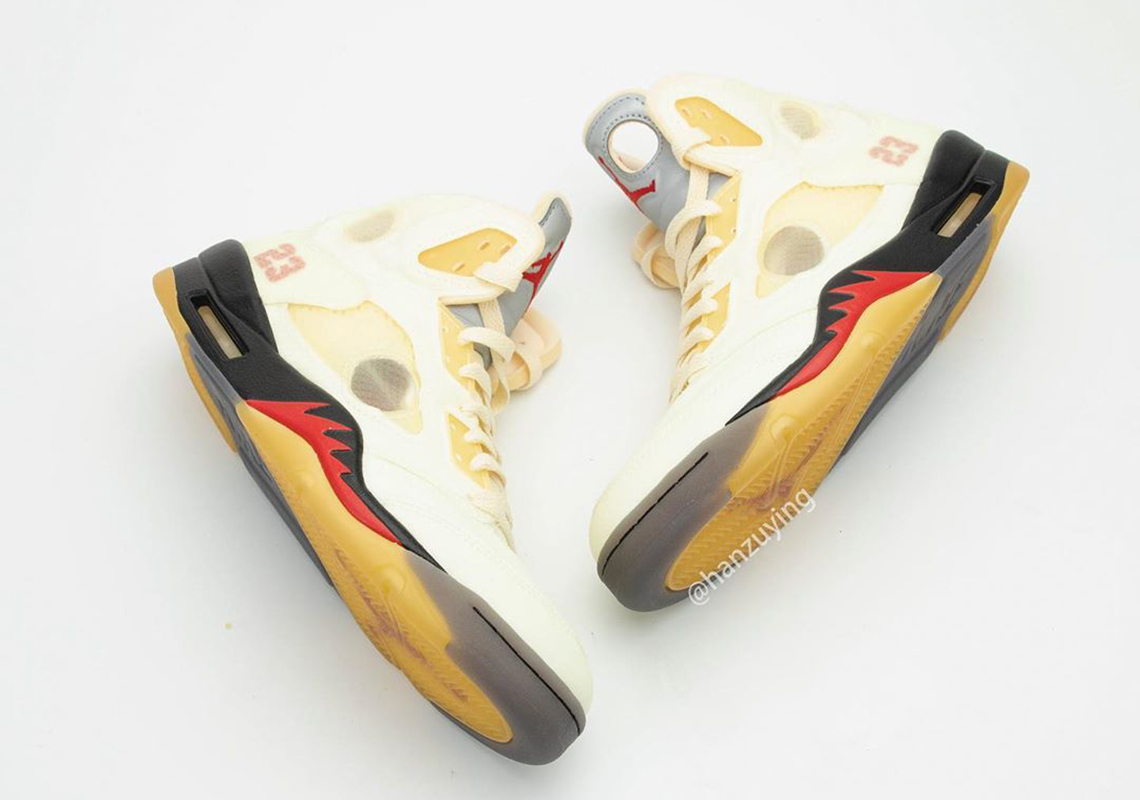 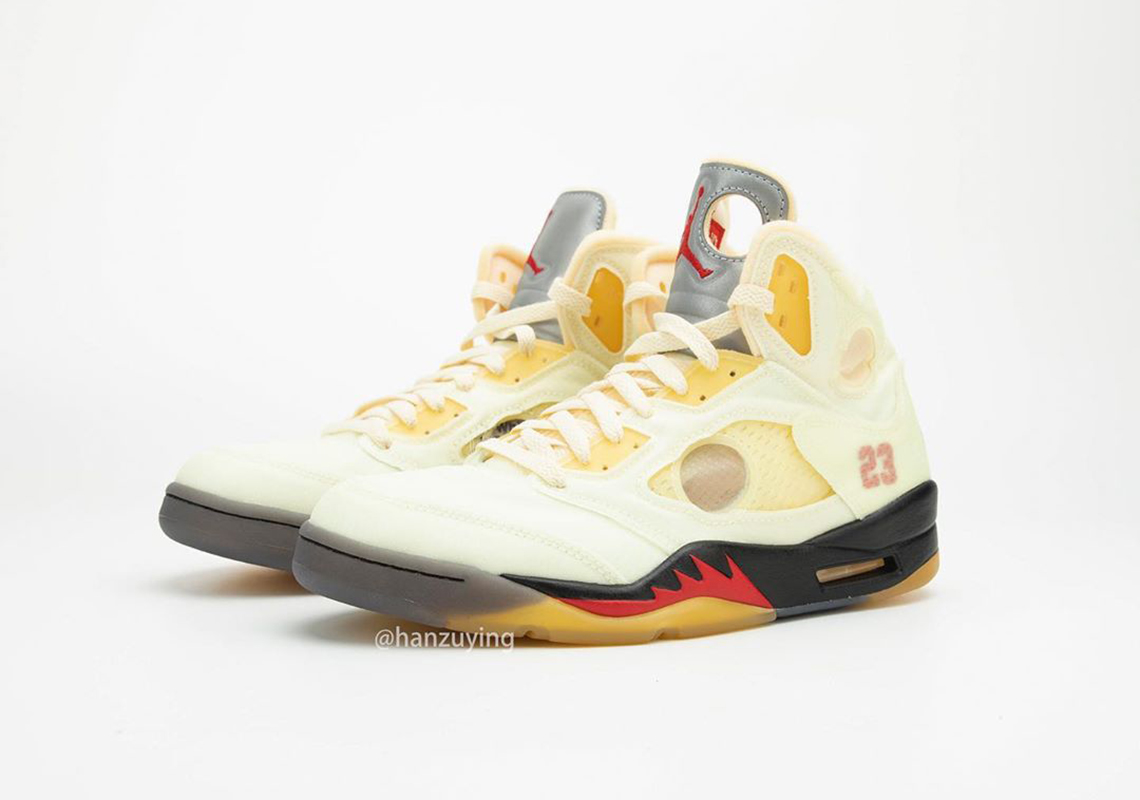 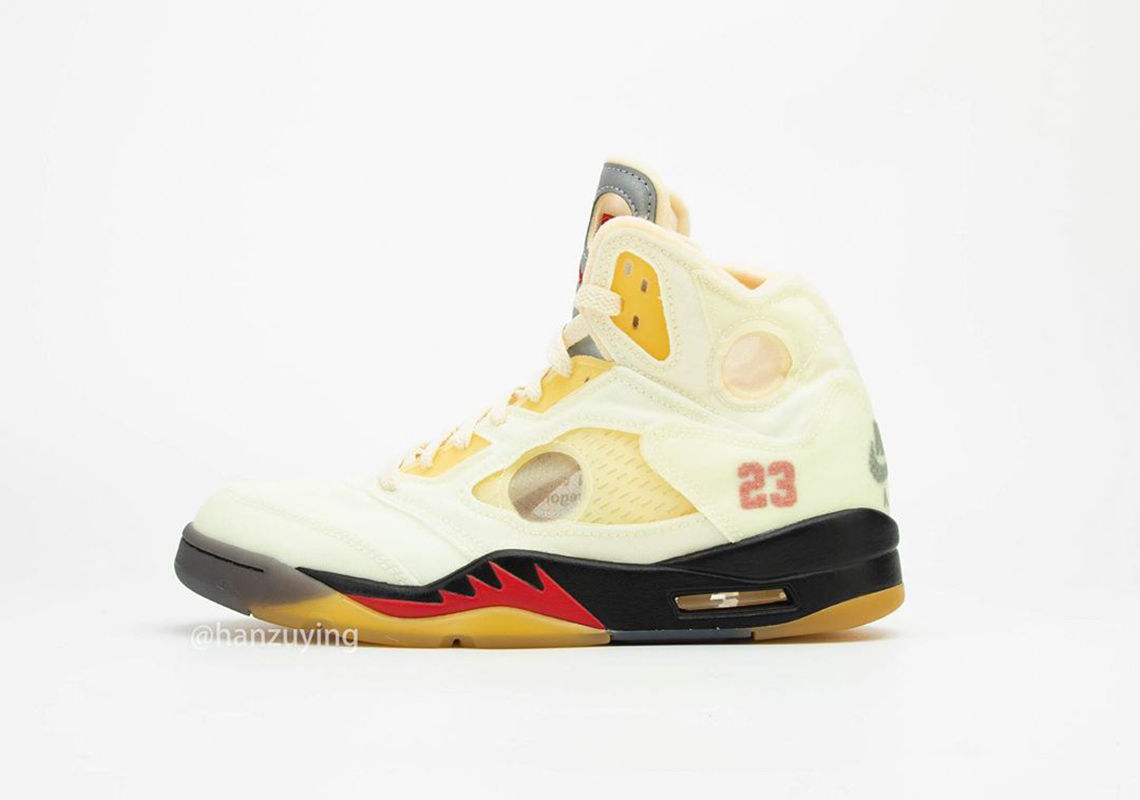 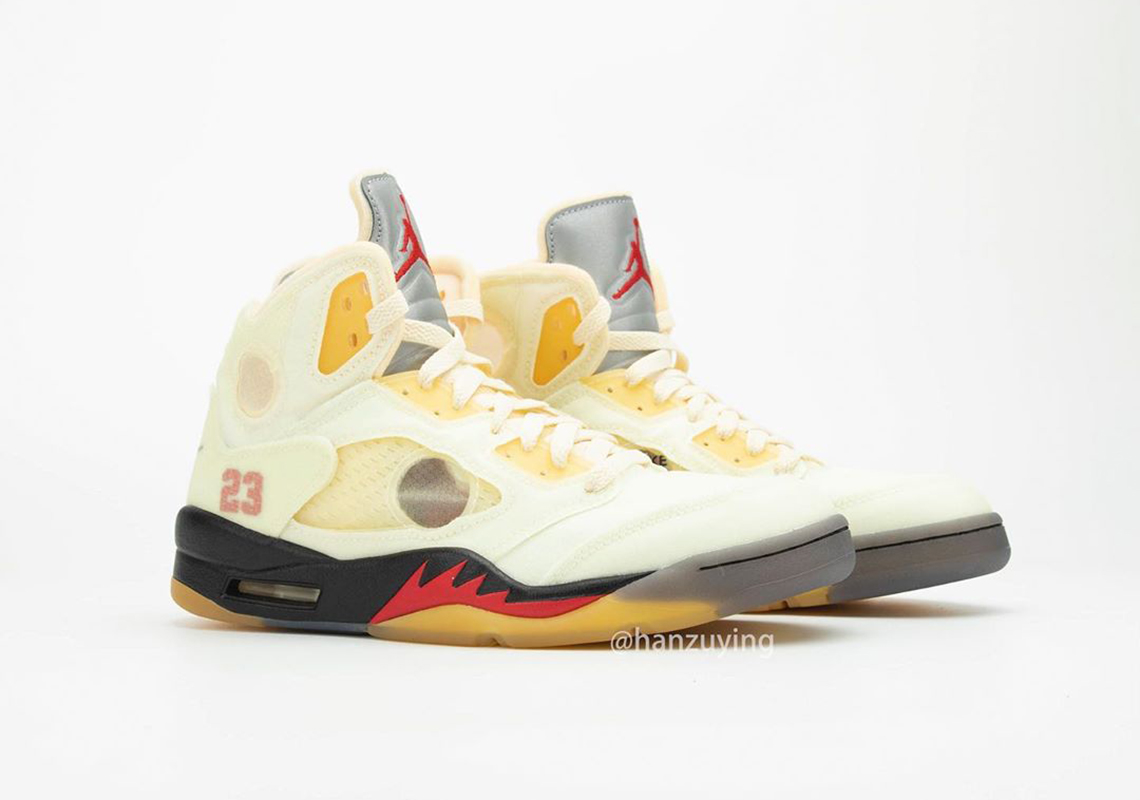 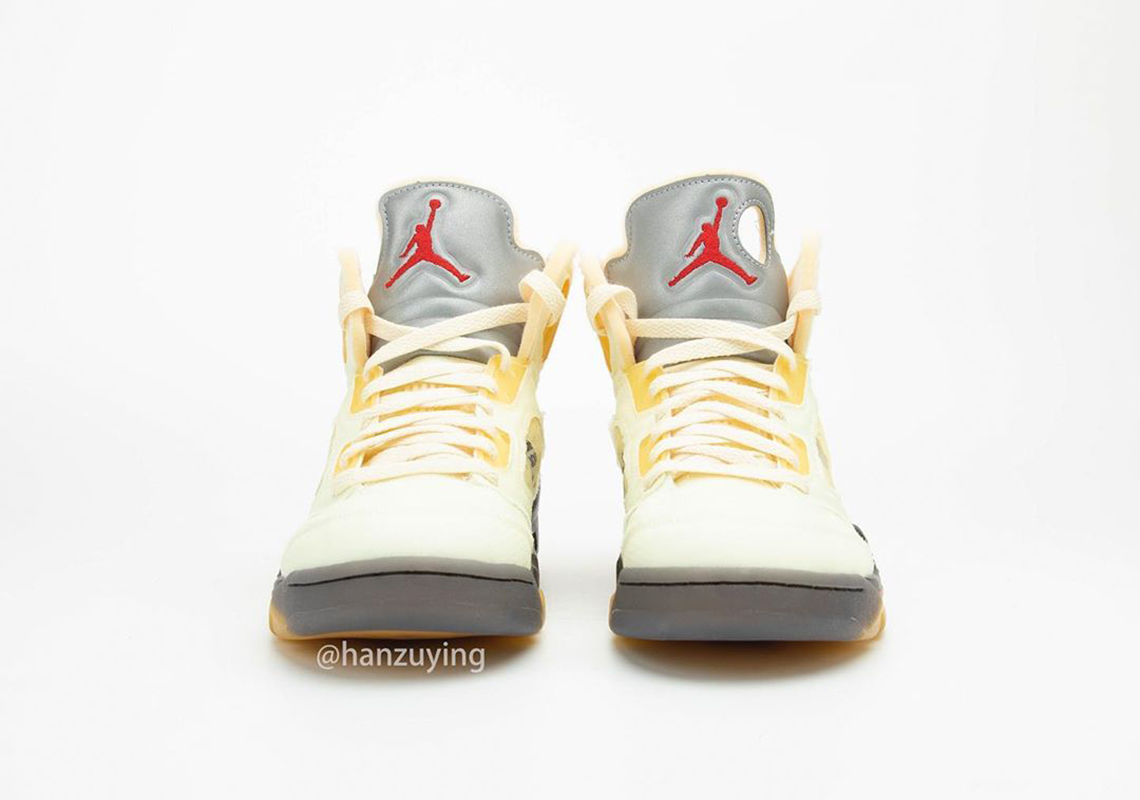 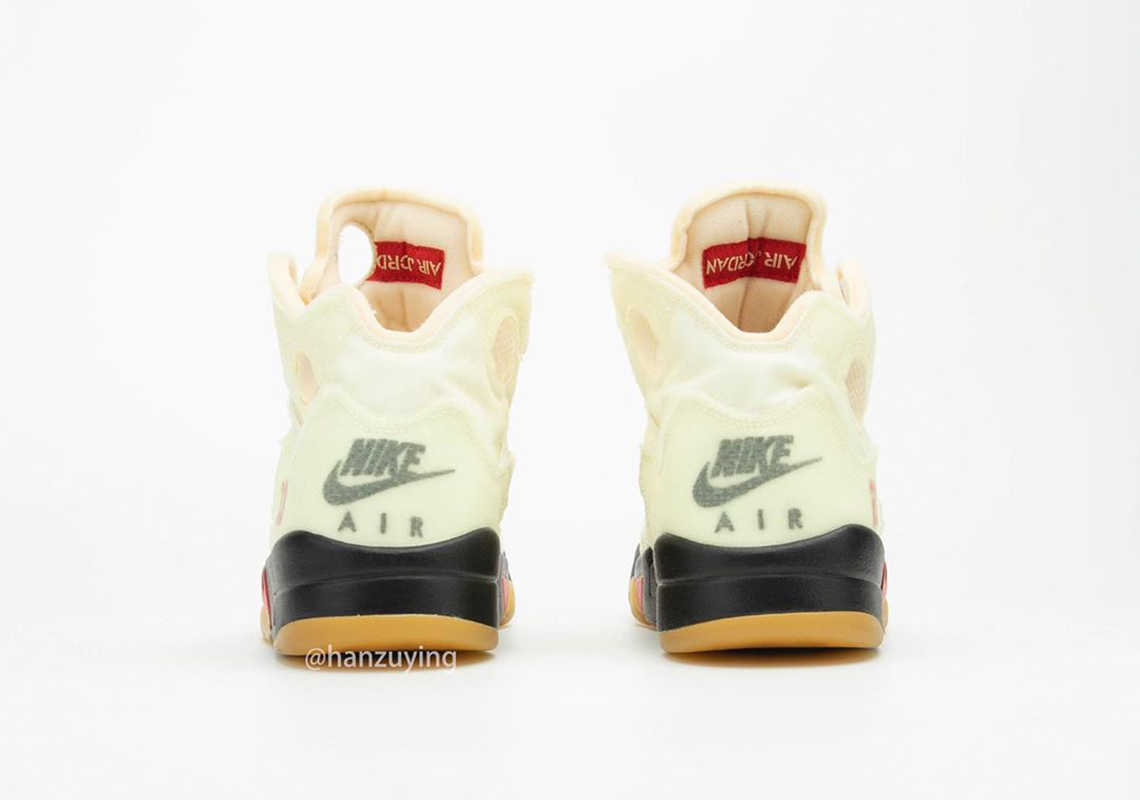 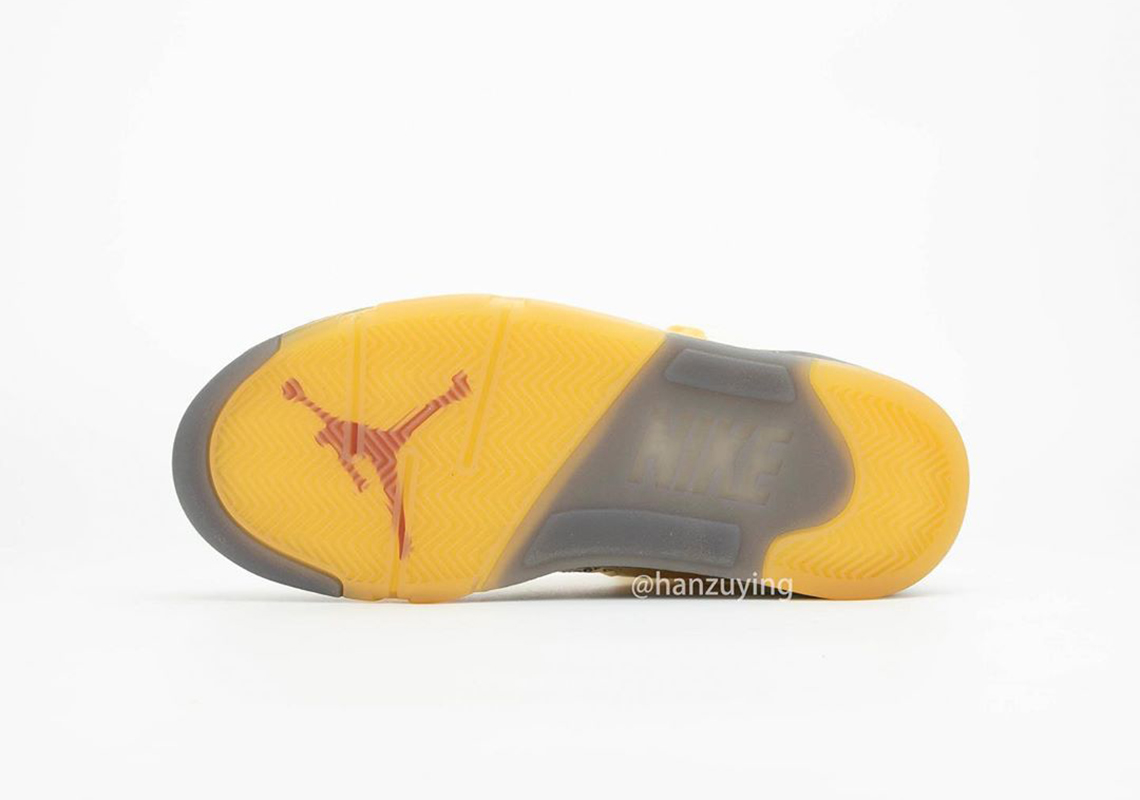