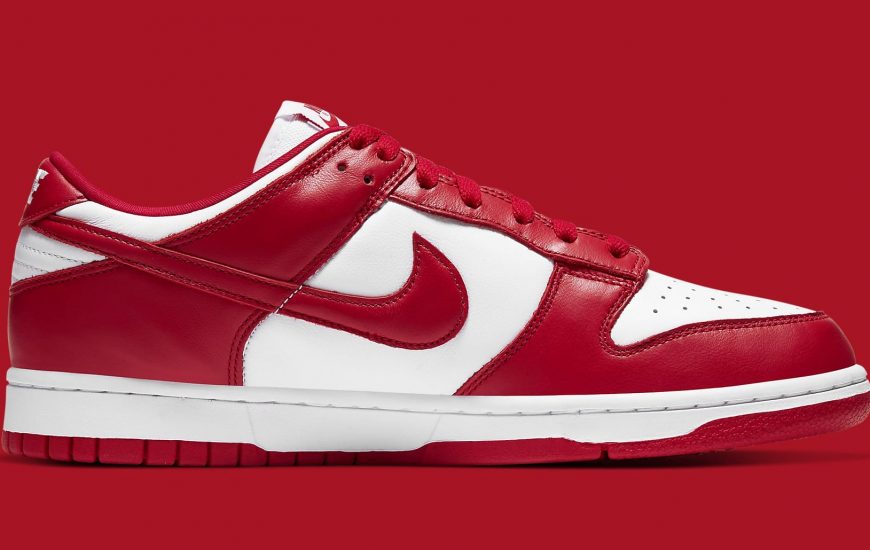 After the release of the Nike Dunk Low “Brazil” and a university red colourway scheduled to be released this month, Nike Plans to release more dunk later this year. A trio of styles is expected to arrive sometime this spring season featuring the “Varsity Maize/Pine Green-White,” “White/University Red,” and “University Orange/Marine” colour schemes. Images have not surfaced yet for other planned release but you can view official images for the Nike Dunk Low SP Unversity Red below.

We should stock these pair after the release, always check our website front daily for new stocks and make sure you cop immediately.

The planned release has been confirmed for June  11th.